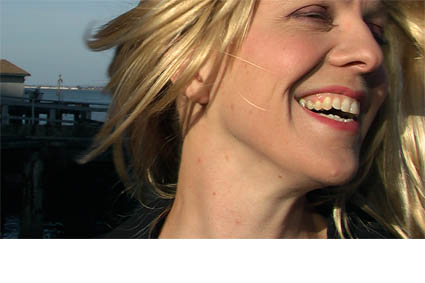 The female-to-female performance analyzes media-influenced ideals of happiness and beauty. A blonde woman tosses her hair at a Californian beach. The well-known stereotypical gesture looks at first like a shampoo commercial, but is then endlessly repeated with robotic mindlessness. The seemingly innocent gesture becomes brutal in its repetition and reveals its normative structure.