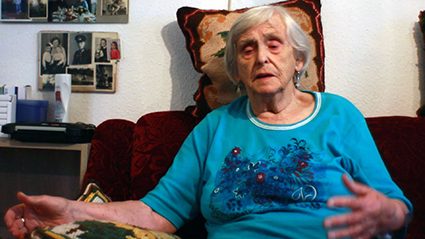 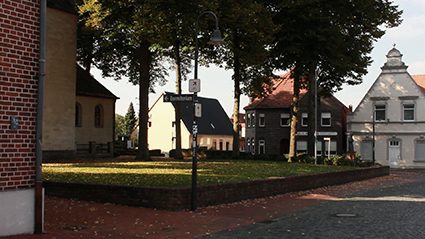 ”…THAT IT IS STILL LIKE THIS. CONTINUITIES OF EXCLUSION”

Following the traces of the biography of Maria Potrzeba, the film describes the persecution and stigmatization of people who were labeled “asocial” during the regime of National Socialism in Germany up until the present day. At the age of 14, Maria was accused of having a love affair with Florian Spionska, a Polish forced laborer. Under the “Polish Decrees” of the NS regime, such relations were made illegal. After being interrogated and beaten by the Gestapo, Maria was forced to sign a confession, which lead to her being sent to the concentration camp Uckermark. The two Polish men  Florian Spionska and Josef Goryl were publicly executed. Even after the war and until now Maria has suffered from being stigmatized and threatened.

In the film, Maria and members of her family talk about the continuing effects of the incident on their lives. The mayor of the village describes ambivalent efforts to come to terms with the past. The film is a contribution never to forget.