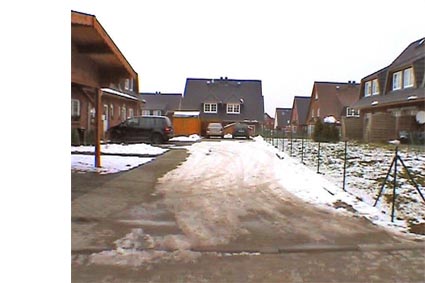 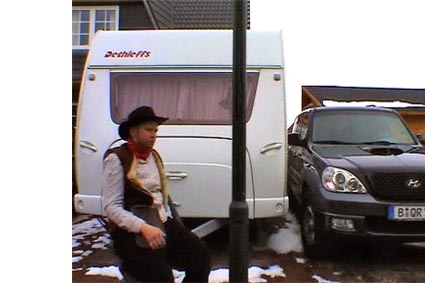 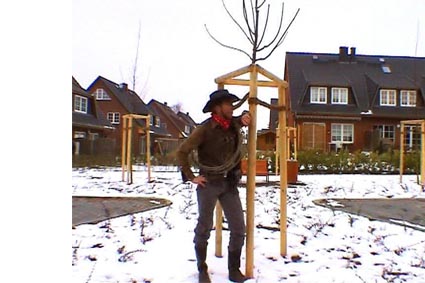 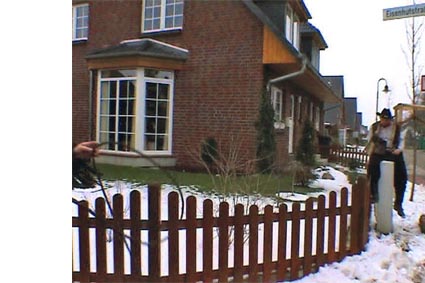 PASSING SUBURBIA is set in an estate of prefabricated houses in the northern outskirts of Berlin. In slow camera movement the architectural façade is passing the eye of the beholder. The movement is interrupted by a sudden invasion. Drag king cowboys occupy the normative space. Despite the Western genre quotation, the expectation of action remains unfulfilled. A documentation of a live-performance that has been carried out and shot on location without announcement. The inhabitants of the suburb accepted the takeover and remained unseen in their houses throughout the shooting.