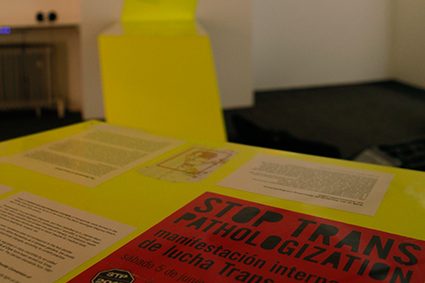 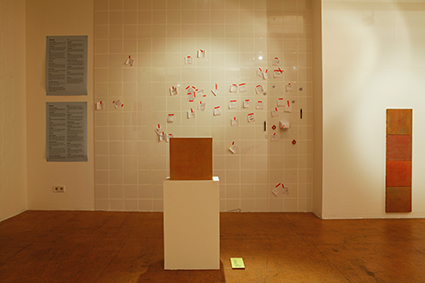 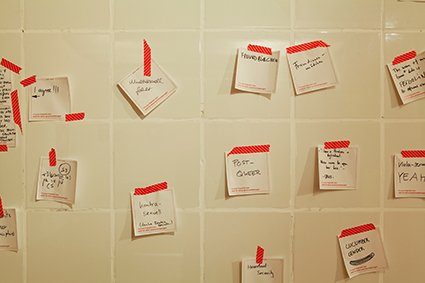 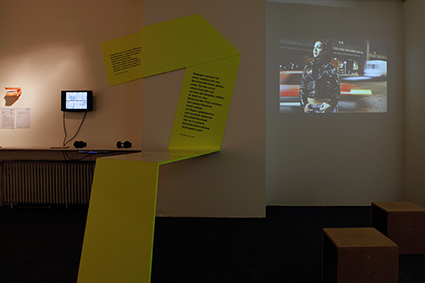 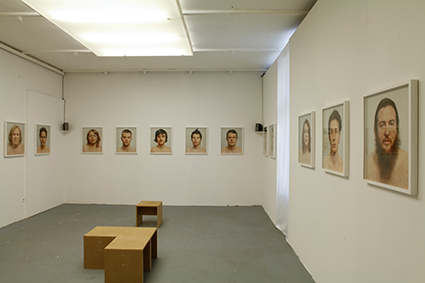 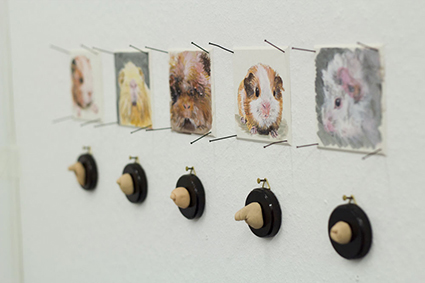 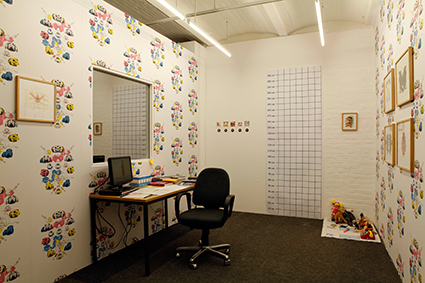 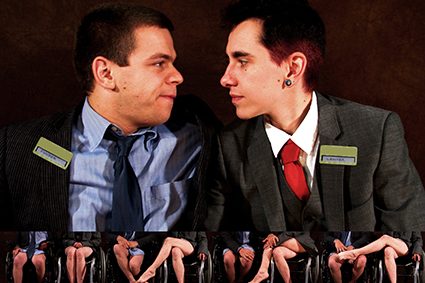 on lesbian trans* gays and other normalities

Exhibition project in the Gay Museum Berlin from August – November 2012

“I would like to counter it with a differently-gendered space, a space which requires exploration and for which we ought to fight for. It looks like this: _. This marks a place our language does not allow for, a space of playful and erotic-lustful gender, which is not allowed to exist in our gender order.” (Steffen Kitty Herrmann)

“So, earlier on you were a lesbian, and now you are gay?”

The project “Trans*_Homo” takes up confusing questions such as those mentioned above. It focuses on the gap, the blank space _ between the categories. The “gender gap” stands for an undefined spectrum, as a symbol of uncertainty that includes gender identities beyond those of established forms of masculinity and femininity. We will perform this gap in the exhibition and its appendant supporting programme: artistic work enters into a dialogue with sayabilites and non-sayabilities, historical as well as academic documents. Photographs, videos, paintings, comics, installations and sculptures unfold spaces that break with usual expectations and patterns of thought. Trans*_Homo wants to cause confusion and amazement in the visitors and render the gap the space of struggle over visibility and invisibility.

The exhibition features living situations of trans* (transsexual, transgender, gender-queer individuals, amongst others) by means of the topics “Speaking the Gap: language and speechlessness”, “Negotiating the body: medicine and psychology”, “Law and injustice: the Transsexual Act”, “Heterotopic spaces and trans* utopia”, “Monsters from the media”, “Trans*, homo and the space in between”. The issues render visible and comprehensible social developments of the past decades. In doing so, Trans*_Homo traces junctions and overlaps of as well as lines of conflict between trans* and lesbian or gay communities, respectively. Which kinds of norms are created, breached and repeatedly renegotiated? The artistic work offers an internal perspective, which resists the normative gaze “from the outside” and questions this “outside”.